Census Substitutes and Short Census: A 1779 Short Census of Virginia- Sources for Service 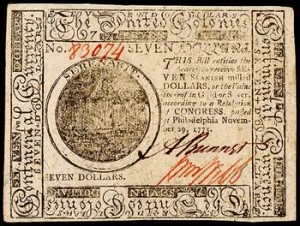 Before the first official 1790 Census, genealogists and historians used a myriad of documents to construct a population in a specific geographic area.  These lists are often called census substitutes or a short census.  Beginning as early as 1703, some New England cities actually required a census taken of their population.

During the revolutionary period, a 1776 Maryland Census was compiled from Oaths of Allegiance that were ordered by the Maryland Colonial government under the direction of the Continental Congress.   Some of these Maryland lists are actually arranged in family units with ages given for each person.   The same pattern was later used for US federal schedules.   Two years later [1778], Maryland colonialists constructed a “short census” consisting of those who opposed the American Revolution, for example Quakers, Mennonites, Tories, and others who refused to sign the oath.

The list of potential sources for census substitutes or short censuses is long.  Some examples are poll and property tax lists, land entry plots, juror lists, registration of freeman, and more.  A complete list can be found in the 3rd edition of The Source-A Guidebook to American Genealogy, page 213. Many of these sources can serve as proof of residence.

Thanks to Gloria Gibbel of the Captain John Oldham Chapter and Volunteer Genealogist extraordinaire, for ferreting out yet another relatively unknown source for service. This particular list was first printed in the National Genealogical Society Quarterly, Volume 46, Number 4, dated December 1958, page 168, titled, “A SHORT CENSUS OF VIRGINIA – 1779.”

The author, William H. Dumont researched Continental Congress bank notes that were authorized and distributed as currency during 1777 and 1778 and recalled in 1779.  The original list is found in the old loan records of the US Treasury at the National Archives.   These bank notes were issued in such abundance that these “emissions” quickly depreciated.  Additionally enemies of the colonists were prolific in counterfeiting these notes which further depreciated their value.   The abundance of these notes were issued from May 1777 to April 1778.  In an attempt to overcome the problem, the Continental Congress called in these notes from their citizens beginning in January 1779 and extending to January 1781 with the goal to remove this currency from circulation.  Hence the phrase you may have heard, “Not worth a Continental.”

This list, which Dumont refers to as a “short census,” represents 4,239 Virginia citizens [plus a few other states] including 142 women, who turned in their currency to the Virginia Continental Loan Office during the period of recall.  In exchange for the monies turned in ranging from $2.00 to $30,000, citizens received either indented certificates [loans] or an exchange for other bills of like tenor.

The Virginia Short Census 1779 can be used as a source of Patriotic Service from Virginia (with the caveat that NSDAR can never guarantee anything for a particular application or supplemental without seeing everything in context).  This type of service description is referred to as: Patriotic Service, “Rendered Material Aid, Exchanged Currency to Aid Economy.”  This source can be found at the FHL 975.5X2p 1779, pages 163-211 plus other libraries.

Print Friendly
This entry was posted in Chapter Registrar, Genealogy. Bookmark the permalink.