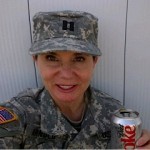 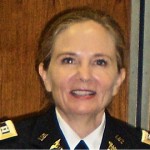 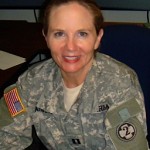 Captain Diana Arnold, a member of the John Whittier Greenleaf chapter, is currently serving in Kuwait.  Diana and two other DAR members of the armed forces were featured in the November/December 2012 issue of the American Spirit Magazine in an article titled “Active-Duty Daughters”.

The chapter is very proud of Diana and enjoys sending her care packages and exchanging e-mails and letters.  We are pleased that the American Spirit Magazine also honors her contribution.