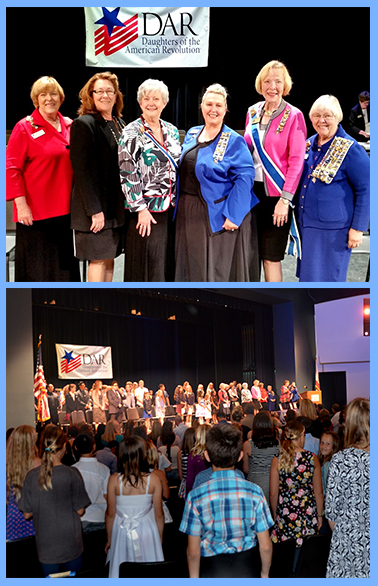 With almost 500 parents and community members in attendance, it made for a very exciting program!  The chapter was also blessed to have CA State Regent Carol Jackson in attendance, along with NSDAR Corresponding Secretary General Karon Jarrard, State Corresponding Secretary Adele Lancaster, State Registrar Joan Bogaty and many more! The students were so excited to not only get their award but also to take their picture with all of the DAR dignitaries present.